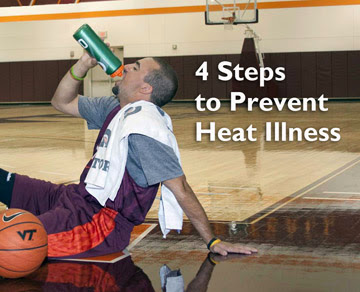 In 2009, the National Athletic Trainers' Association released Preseason Heat-Acclimatization Guidelines for Secondary School Athletics to decrease the occurrence of heat illness in high school athletes participating in summer practices. Unfortunately, it wasn't until after the nation experienced "the worst week in the last 35 years in terms of athlete deaths" that states began mandating the adoption of these guidelines. In summer of 2011, three heat-related deaths were reported on high school football fields, four Arkansas football players were hospitalized for dehydration, and an endurance runner died of apparent heatstroke during a race called the Warrior Dash.

Heat Related Fatalities on the Rise

According to a study by Andrew J. Grundstein, an associate professor in the department of geography at the University of Georgia, the annual death rate was around one per year from 1980 to 1994 but rose to a yearly average of 2.8 in the next 15 years.

The Reason for the Rise of Heat Illness

In the past, simply scheduling summer practices for early morning and/or evening would be enough to avoid the highest temperatures of summer and reduce the risk of heat illness. However, according to Grundstein, morning temperatures are higher than they were decades ago.

Additionally, high school athletes are bigger than they were decades ago. According to Douglas J. Casa, chief operating officer of the Korey Stringer Institute, a nonprofit dedicated to preventing sudden death in sports, "You have 300-pound high school guys walking out to practice and you have no medical staff and they're going six hours in 100-degree temperatures." 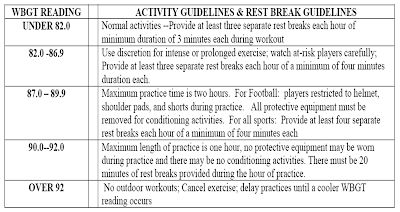 Posted by Sports Health at 5:00 AM