MRSA- Does Your School Have a Plan? 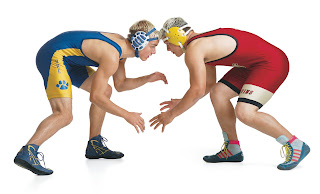 More than 130,000 Americans contract a potentially fatal staph infection called MRSA every year. It's increasingly common among young, healthy athletes. Methicillin-resistant Staphylococcus aureus (MRSA) is a bacterium responsible for several difficult-to-treat infections in humans. MRSA was first discovered in 1961. It's now resistant to methicillin, amoxicillin, penicillin, oxacillin, and many other antibiotics which makes it a very difficult disease to deal with. Staph is one of the most common causes of skin infections in the U.S. Usually, these are minor and don't need special treatment. Less often, staph can cause serious problems like infected wounds or pneumonia.

How is MRSA Spread?

MRSA is especially troublesome in hospitals and nursing homes where patients with open wounds, invasive devices and weakened immune systems are at greater risk of infection than the general public. This is called Hospital Acquired (HA). The other transmission method is called Community Acquired (CA), and one can acquire it from coming in contact with a person, mat, exercise equipment, etc. that has been contaminated.

This disease is contagious by touch only, so you would have to come in contact with someone else or an object that had been contaminated to contract it. MRSA can be transmitted when an infected person contaminates an object like a treadmill at the gym. If you use the equipment and get the bacteria on your hands, then inadvertently touch your nose, the bacteria can enter your nasal canal. The bacteria will begin to show up externally as a skin infection.

At the Society for General Microbiology meeting in Harrogate on March 31, Dr Peter Wilson from University College Hospital, London, reported in Science Daily Mar. 31, 2009 on a year-long study in two hospital intensive care units. Results showed that hand washing was more important than isolation in controlling MRSA infection. This study suggests regular hand washing by hospital staff and visitors did more to prevent the spread of the MRSA superbug than isolating infected patients.1 Researchers have found that patients of doctors who wash their hands are less likely to contract a serious infection that can cause pneumonia or surgical wound complications. According to a new study done by Johns Hopkins Hospital, patients at risk for MRSA (methicillin-resistant staphylococcus aureus) that had doctors and nurses who washed their hands were less likely to contract the infection.2 Read more about hand hygiene in sports >>


Phil Hossler, ATC has been an athletic trainer on the scholastic, collegiate and Olympic levels. He has authored 4 books and numerous articles and served as an officer in state and regional athletic training associations for 20 years. He is a member of four halls of fame including the National Athletic Trainers’ Association’s.

How to Begin a Running Regimen 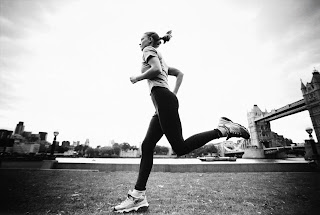 Running is one of the more accessible exercise activities available to athletes - all you really need is a good pair of shoes and a place to run; no fancy equipment or special skills. A word of caution however - it takes time to build up the endurance to run for even a short period of time, even if you've been walking, cycling or doing other activities in the past. Keep in mind that “it is wiser to prepare than to repair," so before you open the door and take off, visit your doctor, get the okay to start a running program and start working on your flexibility - particularly your lower back, hamstrings and calf muscles.

For most exercising adults, slower and longer is both safer and more productive than running hard (like you remember) and getting it done in 8 minutes. Use the “I can still talk while doing this” rule of thumb to gauge your intensity.

Don’t save money on your shoes. The soles of your feet only make up 2-4% of your skin surface, but the other 96% is resting (and counting on) the soles of your feet, so make them comfortable. Read 13 Tips for Selecting the Best Fitting Running Shoe >>

Running for exercise can be done when convenient to your schedule or your body’s schedule. Some people are morning exercisers and simply cannot get it done in the evening. There is no right or wrong time and each time slot has advantages. Just make certain to make the time, or you may never find the time. (Learn more about finding the right time to exercise.) There is bound to be some discomfort and occasional injuries associated with physical activity. Take care of them when they are small to reduce how long they last. Anything that hurts or persists should be seen by a medical professional.
To care for aches and discomforts, shop at http://www.esportshealth.com/running.

Posted by Sports Health at 2:14 PM No comments:

How To Find the Best Time to Exercise 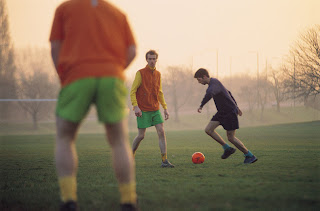 Is There a “Best” Time to Exercise?

That depends on a number of factors, including your body’s natural rhythms, your metabolic rate, your work and eating schedules and exposure to environmental factors.

Some people are early risers and want to get at it. Others start slower but can maintain longer throughout the day. These natural rhythms, called circadian rhythms, demonstrate peaks and valleys throughout the day. You are most likely to exercise when your energy level is high. Hopefully, you are able to match your meals, job, family, social and exercise activities with your natural rhythms.

6 Guidelines for Selecting the Best Time to Exercise:

Track Your activity with a pedometer or heart rate monitor >>
Posted by Sports Health at 4:21 PM No comments: